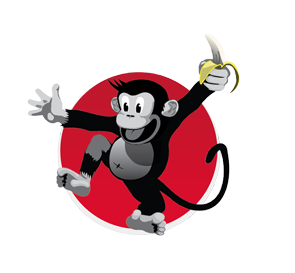 A summary of words used in London Theatre and on this site.

Stalls: Seats at ground floor level, in front of the stage. The sixth to eighth rows generally offer the best views.

In London Theatres the most legroom is generally found here. This site reviews each theatre by name.

Dress Circle: Seats in the first balcony offering some of the best views in the theatre. Some theatres call this the Royal Circle or similar. Check on this site under theatre descriptions.

Upper Circle: Seats in the second balcony. Mostly quite high up and sold at similar prices to the rear stalls. Again this area sometimes gets a different name.

Balcony or Gallery: Seats in the third level balcony. Not all theatres have them. Where they do, they are very high up - often 100 feet or more from the stage, vertically! The audience is caged in behind elaborate safety bars.

Legroom is often cramped here. Once more, see each theatre listed for details.

Boxes: Small private rooms built into either the space beside the stage, either between the stage front and the rest of the theatre; or else built behind or to the side of the main blocks of seating, recessed into the wall.

The front of these private rooms opens onto the theatre, and seats are placed near the opening to face the stage. Often the seats are movable dining table type chairs - some people may find this more comfortable than conventional theatre seats, though the space can be limited around them. The view is often restricted as the boxes are often sideways to the stage, so you can't see into the near corners or back of it.

Do note that seats in boxes are often individually numbered, and if you don't buy all of them, then the other tickets will be sold to other people.

House Seats: Tickets kept by the theatre until the last minute in case a visiting dignitary or friend of the producer wishes to see the show. Often good seats in the Stalls or Dress Circle, they can be offered to the public just before curtain up - if we are lucky.

Returns: Tickets sent back to the box office by people unable to use them. For sold out productions, they are normally sold on the day of the performance direct from the theatre itself, traditionally from 10am. A popular show will see a "returns line" form from around 5am - and some even sleep out overnight to ensure a ticket!

When the seats returned to the box office are called "Mark backs" this means they were returned by an agency who was unable to sell them. These tickets are often high quality, and can be returned right up until 7pm on the day of performance. More for the "returns line" to snap up!

Matinee: An afternoon performance, starting before 7pm. Occasionally a show will be performed twice nightly at, say, 7 and 9 pm. When this happens, the 7pm show is sometimes referred to as the 'first house' rather than the matinee. Confusing? yes.

Programme: The 'programme' usually priced about £4 to £6 contains a cast list and brief biographies, list of scenes and settings, sometimes a plot synopsis, a couple of photographs, a few articles about the author/play and a history of the theatre. Ushers inside the auditorium itself, and occasionally in the foyer, sell it.

A glossy 'Souvenir Brochure' priced around £10 to £15 is sold in addition to programmes at the big musicals. These have sometimes been the only item sold in the foyer, theatremonkey jokes, in order to shift the stock before the cheaper option is discovered inside the auditorium. This brochure contains large colour pictures of the show, and a few articles about its' creation. It does not contain a cast list, list of songs, or anything specific to that actual performance - for that you need… the programme.

Usher/ette: Found in the foyer and in the auditorium. They do NOT expect a tip to show you to your seat. In fact, you will not usually be shown at all, just pointed in the approximate direction.

Touts: Or Scalpers to Americans. The people who stand outside the theatre or work from small shops selling bad tickets at high prices. See the advice on avoiding them on this site...

Ticket Agency: Two types - legitimate, and Tout / Scalper. The legitimate ones are companies which have permission from the show's producers to sell tickets. They are normally allocated a fixed number of seats by the theatre, and can often obtain more if they need them. These seats are then sold to the public with a slightly higher booking fee than you would pay buying directly from the venue box office. The advantage is that agencies may have better - or just more - tickets available than the theatre does, even if they are more expensive.

Most genuine ticket agents are members of the Society of Ticket Agents & Retailers (STAR). This guarantees that tickets will be genuine, price and booking fee clearly explained, service good and if there is a problem then there is an independent appeals route. Members also agree to keep the booking fees they charge to around 25% above the original value of the ticket.

Rake: The way in which seats are raised to help see over the row in front.
In the Stalls the floor has a gentle slope from the back of the theatre down towards the stage. This ensures rear rows of seats are raised slightly, improving, hopefully, the view.

The word 'rake' also applies to the slope of the stage towards the audience. The angle allows the back of the stage to be seen more easily and makes for interesting viewing should anyone dance, as it  causes them to slip! This is why some theatres are so unsuited to ballet.

Prices: Seat prices are referred to as "Band A," "Band B" etc. "Band A" meaning Top Price (the most expensive), Second Price etc, down to Lowest Price for the cheapest seats.

As a general rule, Top Price seats are all those in the Stalls and Dress Circle, excluding only the back two or three rows, and anything behind a pillar.

"Premium Seats" are the very best of this - and cost far more. Sometimes extras like a programme and drink are included, often, you are just paying to sit in the middle of the theatre in what should be the best seats... but aren't always...

Auditorium Comfort: Legroom is the space available, when sitting, for you to stretch out from the waist and feel your legs rest comfortably. This is no joke as the worst legroom grinds your thighs into your pelvis, and makes moving your legs to maintain circulation impossible.

In almost all cases (the Prince of Wales Theatre one happy exception) seats in the front row of all Circles will have less legroom as there is a wall rather then a curved seat in front of you.

London Theatres are mostly old and designed for when bodies were shorter. A healthy cornfed monkey at a modest Five foot Six (but perfectly formed) gets uncomfortable very easily. The comfort felt by a person of this height forms the criteria for the site opinion. Anyone over this height could face serious problems. Six-Foot persons should avoid the Circles in all older London theatres wherever possible. Particularly the Adelphi and London Palladium.

Auditorium View: An arch, the proscenium, usually surrounds the stage at the front of the theatre. The space occupied by the stage is the proscenium opening. The rest of the space either side is wall because, usually, the auditorium is much wider than the stage. Amusingly, Stalls seats are placed even where there is a wall in front of them. These seats are called 'outside the proscenium arch' on this site. The view from Stalls seats in the front rows depend on how well angled they are towards the stage and where the scenery is placed. Since these are top price seats, 100% views only are acceptable, yet often not achieved.

In the Circles a safety bar or two, or three, often runs the whole width. Added to this is an even higher bar at the end of the aisle to prevent falling over if you should trip on the stairs. Theatremonkey naturally swings into his seat using these handy bars. For everybody, the view is disrupted as the bars line up to appear to run through anyone standing centrestage. This phenomenon is worst in the front two or three rows, and very few theatres discount tickets to allow for it.

Circles normally hang over the stalls and each-other. The result is often to cut the view of seats horizontally removing the top, front or both sections of the stage. As a rule the further back seats are in an auditorium, the worse the problem.

Old theatres often have their Circles held up by pillars. Seats placed behind these can be a bargain or a pain, depending on how thick the pillar is. Seats beside the pillar can also be a problem as the view may be affected but no discount is allowed.

Other interestingly positioned seats are found at the sides of the circle, or behind the set. These may be cheaper, again bargain or curse. Theatremonkey gives an opinion.

Bars and Refreshments: The alcohol serving type of bar is often small and crowded - and may be a "doubles bar" which only serves double measures of drinks, at twice the price of course. Refreshments in London Theatres are usually tubs of Ice Cream and large bags of confectionery only. It is cheaper to buy outside, from supermarkets or chain stores beforehand. Very few theatres have restaurants.

Air conditioning: Not always a feature of London theatres. Some are, others are air-cooled. Since heat rises, the front stalls are coolest in Summer. Avoid the highest circle in each theatre, and the back rows in each part of the auditorium as these are the biggest heat-traps. A temperature of over eighty degrees was recorded once in the back of the Phoenix Theatre Dress Circle. The mythical bird could have been reborn there that night without needing a pyre!

Toilets and Restrooms: Number of cubicles in each restroom is given on venue information pages. As a rule there is only one restroom on each level for each gender. Worse, ladies have the usual problem of insufficient cubicles. It is worth going upstairs to find quieter restrooms during intervals. Managers normally check restrooms before giving the signal for the second half to start, so don't worry too much if the time is ticking away.

Those with any disability often do not have adapted restrooms available, and when they do it is unisex. This site finds it bad enough not to have needs met, but to be deprived of a gender too is pushing it. This is not equality.

On the other hand, some theatres now have "gender neutral" toilet facilities with everybody able to use whatever facility they fell best meets their self-identification.