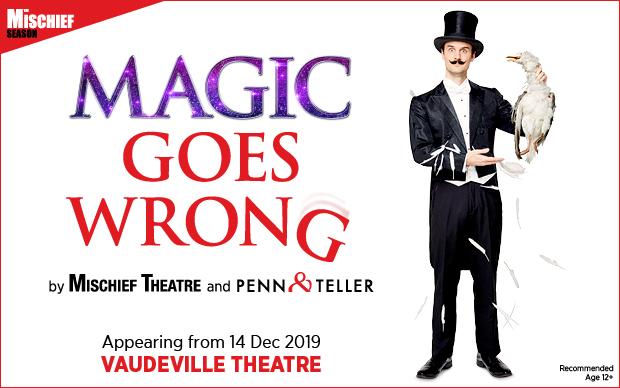 (seen at the afternoon performance on 12th January 2020)

The show is cleverly presented and the magic that does to go right is great, mainly at the end! The company have produced some brilliant shows, very original and, despite my personal opinion, I think this show is still worth seeing. Best not to have any prejudgement because of the other productions. It stands alone and, for me, was just a little wobbly.

This theatre does not have specific seats held "off sale" like other theatres have done, to enable "social distancing." Their system automatically takes adjacent seats off-sale as the booking is confirmed. There will be at least a metre front to back and there will be an empty seat between each booking bubble. As a result, locations may vary.