A totally new production of the long-running show. Now with deducted turntable.

The 2022 video trailer for the show can be watched here.

Jon Robyns stars as Jean Valjean, Bradley Jaden as Javert, Gerard Carey as Thénardier’, Josefina Gabrielle as Madame Thénardier’ and Harry Apps as Marius. With them are Chanice Alexander-Burnett as Fantine, Jordan Shaw as Enjolras, Charlie Burn as Cosette and making her West End debut Sha Dessi as Eponine.

(seen at the afternoon performance on 25th January 2020).

Having been bitterly, bitterly disappointed by the final July 2019 week of the original show – but energised by the concert version the following autumn, the monkey was keen to see what this new world had in store.

Fortunately, it was mostly delighted at what it found. It is a very different show, but the vital anchors are intact and many of the new ideas breathe fresh life into proceedings.

It’s a little like seeing a favourite movie re-made in colour, with modern techniques. There is at first a jarring disconnect as familiar elements fail to appear. As you become used to the newness, suddenly it all makes sense and you can appreciate that even the original creatives would have made the same choices had the options been available.

Without too many spoilers, in particular the Bishop’s scene (Rodney Earl Clarke – perfection) has a rich new humanity. The finale of act one is an inspired blend of old and new, both sewer and suicide scenes are now hard to imagine done any other way. “Empty Chairs at Empty Tables” is a throat-choking tear-jerker, and the final sequence is an absolute triumph to the final curtain. Oh, and the tiny detail of Petit Gervais is included with a knowing wink for those who have read the novel.

Against, well, the costumes lack the fine detail of the originals. The extra scenery and asides added to the script, and the barricade itself all seem to subtract a little from the weighty grandeur of the original highly cerebral experience. The show is more accessible, but there is a slightly lesser feeling of intellectual satisfaction as a result.

The cast, quite a few moving over from the Gielgud concert, are mostly outstanding. Jon Robyns is a devout Valjean, a growing faith and wisdom leaving not just his family bereft at the end.

Both leading female roles are sung to perfection. Carrie Hope Fletcher (Fantine) repeats her Lupone-challenging “I Dreamed A Dream,” while Shan Ako’s Eponine steps up a level from her concert performance to envelop the audience in her river of starlight.

For the couples, Harry Apps and Lily Kerhoas are well matched as Marius and Cosette, credible and evolving to suggest a happy life ever after. By contrast Ian Hughes and Josefina Gabrielle as the Thernardiers will never be love’s dream. He does well having taken over the role at very short notice, while she is notably more comfortable in the part and should be kept away from children at all costs (and cast as Miss Hannigan in any “Annie” revival).

Notable too, among the students, is Ciaran Bowling (Grantaire) whose interaction with Gavroche is touching.

Steve Moss has regained the musical tempo of the original – no “On My Own” in 90 seconds this time, though Ollie Durrant’s sound occasionally failed to pass muster with lines lost to the front row. Still, Matt Kinley’s set designs are fine and Paule Constable’s lighting blends the original with the new to sustain the atmosphere expected from the show.

If Laurence Connor and James Powell need a single note as directors, it is to trust their material a little more. Bradley Jaden (Javert) repeats the horrible mistake of “sing-speaking” his most dramatic moment rather than glory in musical expression. Elsewhere, it really is fine to continue the original static “park and bark” direction in the biggest songs. Sometimes stillness is far more meaningful than pacing around downstage.

No matter, every criticism is minor. This grand dame of musical theatre has come back from the spa fresh and ready for another 30 years. Go hear the people sing. 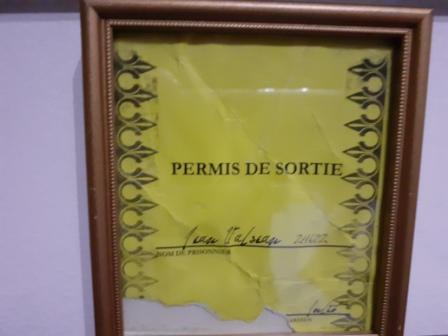 Last April a friend of mine had received an offer of decent stalls seats for the opening night of Les Mis at the new Sondheim Theatre at just £53.50 each - I think it must have been a group booking.  Not having seen the show for some time my partner and I jumped at the chance of going!  Our allocated seats were stalls P10 and 11.

We arrived at the theatre with the paint still drying on the walls and the toilets only just having been plumbed in that morning!  I must say that the refurbished theatre really looks splendid!

Once the audience had settled in their seats Cameron Mackintosh came on stage and gave a welcome speech.  He pointed out Claude-Michel Schonberg who was sitting in the audience.  But best of all Sir Cameron offered free drinks to everyone during the interval!  My two glasses of wine went down very well!

The show was very different to when I had last seen it, with many new sets and new staging.  I believe it has been brought up to date with the touring version and the many overseas productions.  One of the biggest improvements was to the sound.  At times it was like being at a big screen cinema with the sound flowing all around you.  This was particularly effective during the fighting at the barricades.

The performances by the mainly new cast were generally excellent especially from the two leads, Jon Robyns as Jean Valjean and Bradley Jaden as Javert.  There was just one stand-in; Gerard Carey who plays Thenardier couldn't perform because of a throat infection and, in fact, I believe he is off until at least the beginning of February, with Matt Lucas stepping in to fill the role in the meantime.  Why couldn't Mark Pearce who we saw as first cover not stand in until Carey returned?  There was certainly nothing wrong with his performance!

I will just mention two further things about the show, one good and one bad - spoiler alert!  The portrayal of the sewers was brilliant with spectacular moving images, and you certainly had an overwhelming impression of their and size and scale.  The most disappointing aspect to me was Javert's death.  You got the impression that he didn't jump off the bridge, he just walked off stage.  Hopefully this scene will be improved in due course.

Now on to our seats. They were very good!  The rake of the theatre at row P was very noticeable and I had a completely clear view of the whole of the stage without people in front obstructing my eyeline.  Perhaps I was also fortunate in that the two ladies sitting in front of me weren't especially tall.  Also the seats are arranged so you are not sitting directly behind the seat in front of you - they are staggered meaning you can see between the folks in front.  Despite being in row P you don't really miss the top of the sets due to the Dress Circle being in front of you.  The seats were comfortable and the legroom was very good.  Overall we were very impressed with our seats but I would have preferred to be just a few rows further forward but there was no way I would pay premium prices for these seats.  I can't believe it but the theatre has no less than three levels of premium priced seats in the stalls!

The only chance you would have of seeing the majority of the stage would be if you had 5 year old children sitting in front of you in rows L and K. Even with the luxury of having chairs that could be moved, by positioning oneself between the heads of two people in row L, what little view one had, was then even more diminished by patrons in row K, particularly as they then fidgeted and adjusted to gain their own view as the action on stage progressed. One was then distracted still further by the front of house staff bopping down, but continually scurrying back and forwards along the aisle in front of us.

Grand Circle:
L20 and 21: If you’re an upper circle patron you can’t beat rows L & M for me. Yes it’s far away and high up but you get a central, largely unobstructed view and avoid those leaning forward. The sound is great, you can see the whole spectacle and the legroom is acceptable. It’s very cool up here too which makes a change from the usual stifling atmosphere in theatres. Any seat in this row or behind would be fine.

M 15, 16 and 17: Central back row so you avoid the curse of the curve which can cut off so much stage if you’re at the sides. Clear view of the whole stage except some very front bits which are used very occasionally and not for anything important. You also tend to be far back enough to avoid the people leaning forward and the rake is sufficient that you aren’t too impacted by people in front. It was a toss up between here and side rear dress circle and I chose here to avoid the massive overhang. Glad I did as I hate the claustrophobic feeling of the letter box view. Would book here again in a heartbeat!

Runs 2 hours 50 minutes approximately. (Jean Valjean of course runs for many years more, but that is beside the point).

Mondays and Thursdays, except "peak" dates

Tuesdays and Wednesdays, except "peak" dates

Friday Evenings except "Peak Dates" and Peak Monday to Thursday

Once all seats are sold, standing room is available for £17.50 per ticket to personal callers at the box office only.