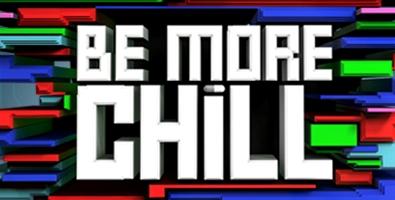 Boy with a computer in his head meets girl who wants attention.

A Broadway musical comes to London.

(seen at the afternoon performance on 15th March 2020 at the Other Palace Theatre. Note that one character was “read in” by the assistant director standing off-stage, due to cast absence).

There’s a lot to be said for a show willing to go on without a named member of the cast, given current circumstances. Due praise is given here to the entire cast for it – though why most of them didn’t appear to acknowledge the contribution of the “stand in” at the end is slightly peculiar... anyway...

Unfortunately, it rather showed up the weakness of the entire show. From the programme notes this didn’t last long on Broadway; revived only by public demand when the cast recording became cult listening among its age-group.

We are back in “American High School” territory, “Heathers,” “Carrie,” “Dear Evan Hansen” et al. The cast in this, though, are more like “Grease” the movie – far older than their characters, and it does rather make the show a little awkward visually, despite their obvious talent.

Not helping either are the exceptionally ropey book with gaping plot holes in the second act where they depart from the original – presumably properly thought out – material.

The music is mediocre too, the hit “Michael In The Bathroom” inspiring the revival sounds more like Burt Bacharach’s “Message to Michael” than anything else, with an even more banal lyric.

Director Stephen Brackett is also at his best around 50 minutes into the show, when he allows the cast space to breathe. Chase Brock as choreographer, though, keeps the unnecessarily tight grip on dance throughout. This show needs to relax, as it flows best when it does. On the plus side, Alex Basco Koch’s projection wall is a piece of art, adding immeasurably to the action.

There are some decent performances. Scott Folan is suitably nerdy as Jeremy Heere, the boy who takes a pill. Sidekick Blake Patrick Anderson is a matching best friend. Stewart Clarke channels Star Trek TNG’s “Q” effectively in his all-powerful role of computer Squip.

For the monkey, this was considerably more interesting than “Dear Evan Hansen,” but lacking the polish and wit of “Heathers” it’s one it will leave happily to the legion of fans the show has and which this cast deserve as an audience.

The front two rows of the stalls are more expensive, as they come with a souvenir gift.  Row F 15 to 22 is a lot more expensive still, and with much cheaper and equally good tickets available, take those last. Price drop at row R, so take it before row Q. There are drops also at V - same view as T and U, cheaper or you could hold out for X, which is cheaper still.

The dress circle likewise has B 15 to 22 far more expensive and missable than seats around it. Take F over E, as that is cheaper, and ignore K as you can go one row behind for the same view and save £7.50. Take rear circle over X and Y stalls if shorter than 5ft 6, as you will see a little more and legroom won't be an issue.

Boxes are second price, good for privacy. Take B and F first, then C and G, D and H above them.

The upper circle is not used for this production.

Tuesday to Saturday at 7.30pm
Thursday and Saturday at 2.30pm and 7.30pm
Sunday at 4pm
NO MONDAY PERFORMANCES.