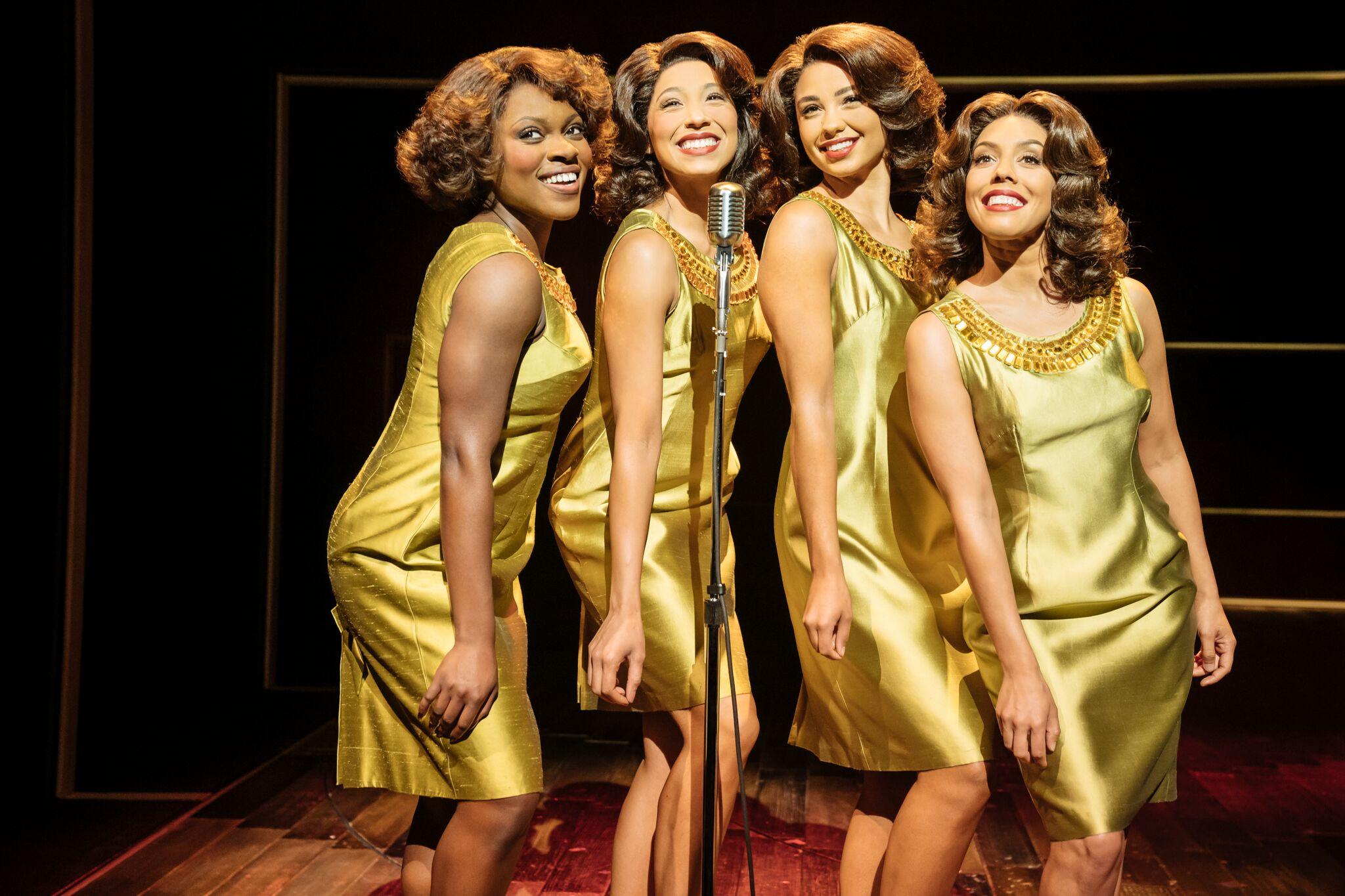 The trip to see Tina was very impromptu, only booked the ticket this morning (7th April 2018) when seats A7 to 10 in the dress circle showed up as being available. I chose A7 - classed as restricted view due to the rail, but £30 cheaper than the premium seat next to it. I would say it was worth saving the money - there was a vertical bar down the middle of my field of vision, but easily avoidable. I stopped noticing after a while. The horizontal bar was a little more intrusive but someone shorter wouldn’t have it as a problem. Overall, the view was great and legroom just about ok. I am sure there are much better seats to be had for the same price but if faced with the same limited choice I had I would recommend this seat over the premium alternatives.
I really enjoyed the show. Like all jukebox musicals the songs are shoehorned in with varying degrees of success, and it took me a while to get my head round the fact that some songs were placed chronologically in the correct time, whilst others where not. Basically it comes down to if the song is part of the story or telling the story. But it looked and sounded fantastic, and superbly sung by a very talented cast. Adrienne Warren however is nothing short of sensational - she has the look, mannerisms and most importantly the voice of Tina Turner perfected. She absolutely commanded the stage every time she was on, which was pretty much all the time. I would say that without such a strong lead then the weaknesses in the book would be more apparent but she is worth the money alone.
So basically, I would say this is a must - see, providing you enjoy Tina’s music of course!
_______________________________________________

Attended a preview performance on Saturday 31st March 2018.
I though the show as a whole was really good. The first half kicked off really well portraying the child Tina at church singing a rendition of 'Nutbush City Limits,' and the audience was already bouncing in their seats. Unfortunately from that point on the tempo seemed to drop for the rest of the first half.
I enjoyed the second half much more and was up dancing with the rest at the concert style finale.
I did think some of the sets looked a bit on the cheap side - the huge fish tank in the living room scenes with very static fish, for example - and parts of the show were made to feel like a bit pantomime-like thanks to other audience members who frequently booed Ike and laughed uncomfortably during the violent scenes.
The cast however were all excellent and believable in their roles, and Adrienne Warren simply is Tina Turner. It was amazing how she managed to morph from a 17 year girl to the megastar we all know and love today. Most of the 23 songs fitted in to the story well.
All in all it was a very enjoyable afternoon, and I did leave knowing a lot more about Tina Turner that I did when I arrived.
We sat in stalls seats H4, 5 and 6 which were to the right of the stage. As most the action was played centre stage none of us felt this was an issue and would happily sit here again.
________________________________________________
Grand Circle Seat B1: Worst seat I have ever had in a theatre.
Side view of only half the stage. When people sat in A row I then only had 1/4 of stage view with a large lady with large hair blocking my view.
If people in row A lean forward because they can't see Row B then also can't see.
The air conditioning was too much I was frozen.
Not happy paying £80 for seat.
________________________________________________
Went to see Tina last night (12th June 2018). Really enjoyed it actually - I do love a show where you can see how they’ve spent the ticket money. We also had rather good seats (quite by accident) in that handy row in the Grand Circle that has loads of legroom and is by the entrance to the bar.
________________________________________________
We wanted to see Tina (entered lottery from the States, but didn't win). We went to the box office on Saturday 30th June 2018 around 11am, were offered the slip seats for £10 each, but with the comment that we would miss 50% of the stage. We declined. We declined premium seats - but got stalls singles D14 and J3 for £70 each. Perfect view. Perfect sound. Perfect seat. I sat in J3. It didn't feel far from the stage. I had a nice clear view. Big bonus was the ability to stretch legs out. I'm not tall, but taller people would appreciate. However, it did mean some latecomers crossed in front.
________________________________________________
2nd May 2019. Something amazing happened... Rush tickets for Tina!! I'd pretty much given up on the idea of seeing this due to a lack of good value seats, and suddenly with next to no warning there they were on rush! I got dress circle G11-12 for £25 each. Seats were great for £25 but I really struggle to see how they're selling them at premium. The dress circle is a weird one, it has an almost unprecedented amount of legroom, comparable to stalls in plenty of theatres I've been to. So it's great for the long-legged among us, but for me (at 5 foot 1) the rake just wasn't steep enough. It didn't help that a pair of dummies two rows in front spent the entire evening leaning right forwards, so that when --- was standing front and centre (which is pretty much during all the big numbers) I could only see her from the shoulders up! For everything else the view was fine though, and I particularly enjoyed the visuals of the opening scene.